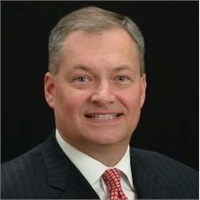 Brian grew up in a family of modest means. He put himself through college and shortly after moved from Indiana to Texas where he started his first job in financial services. Brian sought out the most successful practitioners in the Dallas area and asked each for their best advice to a young person. Several of them took Brian under their wing and mentored him on how to best serve clients at all financial levels. He is still humbled by the priceless expertise given to him by top professionals.

He went to work as a company representative for several major companies, including serving as a Vice President at both Fidelity Investments and AIG American General. He most enjoys the positive impact he can offer to clients and serves this role at ISC Group.
Brian became and continues to be a student of the industry, earning and maintaining his Chartered Life Underwriter and Chartered Financial Consultant Designations for the past twenty five years. He has also been named a Life Underwriting Training Council Fellow for his studies.

Brian spends his spare time enjoying his vast music collection. His current goal is to pare his record album count down to the “essential 2500.”